As the commander of Joint Task Force Katrina, LTG Honoré became known as “The Category 5 Gen.” for his striking leadership style in coordinating military relief efforts in post-hurricane New Orleans. He is a decorated 37-year army veteran and global authority on leadership. When Hurricanes such as Harvey, Irma, and Maria approach, news networks like CNN, Fox, MSNBC, and CBS consider him their go-to expert on emergency and disaster preparedness.

Gen. Honoré developed his crisis-management expertise over an extensive military career. He planned and supported the United States military response to the devastating flooding which swept Venezuela 1999 and Mozambique in 2000. As Commander of SJFHQ-HLS under NORTHCOM direction, he planned and oversaw the military response to the Space Shuttle Columbia Tragedy and the DC Sniper Shootings.

Prior to commanding Joint Task Force-Katrina in which he led the Department of Defense response to Hurricanes Katrina and Rita in Alabama, Mississippi, and Louisiana, he served in a variety of command and staff positions. These roles focused on Defense Support to Civil Authorities and Homeland Defense. Lt. Gen. Honoré also participated in three Top Officials (TOPOFF) exercises, as well as the United Endeavor series of Homeland Defense exercises.

Gen. Honoré uses his experience managing natural and man-made conflict to help companies and organizations build a culture of preparedness. On stage, his disciplined leadership shines. In our country’s new normal, change and unpredictability are constants, which mean resilience is mandatory. LTG Honoré offers his business audiences these impactful takeaways plus an instructive message: Don't Get Stuck on Stupid!, the title of his third book.

His uplifting dose of candor with real-world leadership lessons is designed to equip audiences with a preparedness mindset. He shares his no-nonsense approach to getting the job done and instills confidence in tomorrow’s leaders.
Speaking At
Resilient Leadership: Prepare Today - Prevail Tomorrow 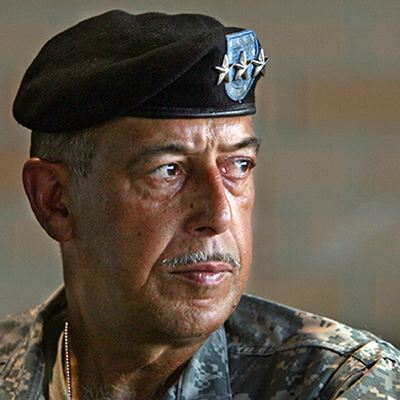