Full Name
Lourenco Goncalves
Job Title
Chairman, President, and CEO
Company
Cleveland-Cliffs
Speaker Bio
Lourenco Goncalves has been chairman, president and chief executive officer of Cleveland-Cliffs since August 2014. He designed and led the company through a major strategic initiative transforming Cliffs into a leading player in the U.S. steel industry, starting with a complete financial turnaround, followed by growth initiatives in the metallics market and the entry into the steel business. In 2017, Cliffs started the construction in Toledo, Ohio, of the world’s most modern direct reduction plant, which started operations in November 2020. Goncalves led the acquisition of AK Steel in March 2020, followed by the acquisition of ArcelorMittal USA in December 2020. With these two major acquisitions, Cleveland-Cliffs is now the largest flat-rolled steel company and the largest iron ore pellet producer in the United States and in North America, holding an industry-leading market position in automotive steel. With the Toledo plant, Cleveland-Cliffs became the sole producer in the Great Lakes region of hot briquetted iron (HBI), an environmentally friendly metallic feedstock designed to reduce GHG emissions.

Prior to Cleveland-Cliffs, Goncalves served as chairman of the board, president and chief executive officer of Metals USA Holdings Corp., a leading American manufacturer and processor of steel and other metals, for over 10 years. Prior to Metals USA, Goncalves served as president and chief executive officer of California Steel Industries, Inc. for five years. Prior to that, he was employed by Companhia Siderúrgica Nacional (CSN), a major steel and mining company in Brazil, where he held several positions in operations and sales. From October 2011 to April 2014, Goncalves was a board member of Ascometal SAS, a manufacturer of special steel headquartered in Paris, France.

Goncalves is a Distinguished Member and Fellow of the Association for Iron & Steel Technology (AIST). Goncalves currently serves on the Board of the American Iron and Steel Institute. In 2019, he was the recipient of the Crain’s C-Suite CEO award for his contributions, community commitments and outstanding professional performance in Northeast Ohio. Goncalves earned a master of science degree in metallurgical engineering from the Federal University of Minas Gerais in Belo Horizonte, Brazil, and a bachelor’s degree in metallurgical engineering from the Military Institute of Engineering in Rio de Janeiro, Brazil.
Speaking At
American Steelmaking: The Benchmark of the World
American Steelmaking: The Benchmark of the World 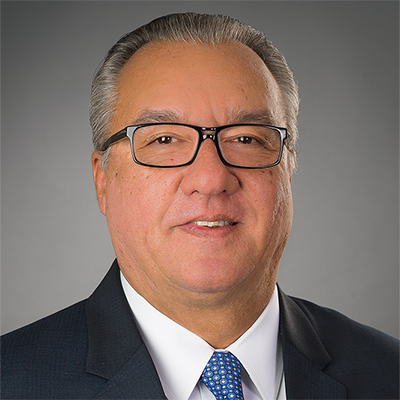