Full Name
Ron Wilson
Job Title
Senior Vice President of Global Operations
Company
Fortune Brands Water Innovations
Speaker Bio
Ron joined the Fortune Brands Water Innovations team as Senior Vice President of Global Operations in November 2019.
Ron is responsible for all aspects of operations within the company including manufacturing, distribution, sourcing, and supply chain planning. Ron’s areas of focus include executing Continuous Improvement programs to deliver over $25M of cost out annually, driving working capital improvements in the areas of inventory and payables, while supporting the growth of the company through capacity and footprint strategies. His span of control cuts across all BU’s where he works closely with the business leads to assure Water Innovations is driving the best operations strategy to support future topline targets. He is currently executing Water Innovations’ supply chain 2.0 strategy, focused on footprint rationalization, and Next Gen Sourcing.
Prior to joining Fortune Brands, Ron spent over 30 years at General Electric. He held several commercial roles as well as positions in operations. Ron spent five years as VP of operations for the GE Lighting business, where he helped transition the business through the shift to LED product which included global footprint rationalization, M&A, and aggressive cost out. He later held the role of Chief Procurement Officer for GE Corporate, overseeing over $40B of direct material purchases. His last role in GE was VP of Operations for the Industrial Solutions business which was divested to ABB in 2018. Ron transitioned to ABB where he led the integrations efforts of the Industrial Solutions operations into three distinct ABB business units to drive synergies and long term footprint strategy.
Ron received his MBA from Capital University in Columbus Ohio and holds a BS degree in Mechanical Engineering from the University of Pittsburgh. He resides in the Cleveland area with his wife Marie. They have two grown daughters and four grandchildren.
Speaking At
Presentation of the IndustryWeek Best Plants Awards followed by Leadership through the Lens of the Last 2 Years 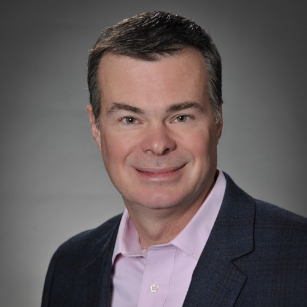